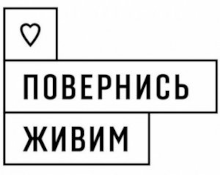 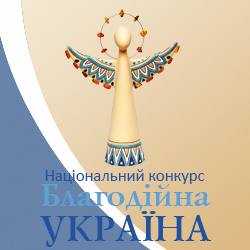 UNESCO has launched the fourth edition of the UNESCO-Japan Prize on Education for Sustainable Development (ESD). Funded by the Government of Japan, the Prize annually rewards three outstanding ESD projects and programmes with US$ 50,000 each.

Governments of all Member States as well as non-governmental organizations (NGOs) in official partnership with UNESCO are now invited to nominate up to three individuals, institutions or organizations engaged in ESD for the 2018 edition.

Nominations must be written in English or French and need to focus on a specific ESD project or programme of the nominee. They will be assessed by an independent jury of five international experts on the basis of their potential for transformation, integration and innovation. Projects must have been running for at least four years, already show evidence of a high impact, be easily replicable and scalable and contribute to one or more of the five Priority Action Areas of the Global Action Programme on ESD (GAP). Self-nominations are not accepted. Interested candidates are advised to contact the National Commission for UNESCO in their country, or an NGO in official partnership with UNESCO.

The deadline for submission is 3 May 2018 (midnight, Paris time). Nominations only accessible to UNESCO Member States and NGOs in official partnership. User guides for the online nomination platform as well as replies to Frequently Asked Questions can be found on the Prize website.

The UNESCO-Japan Prize was established in 2014 in the framework of the GAP, and was awarded for the first time in 2015. The Director-General of UNESCO will announce this year’s winners in September 2018.

Who can be nominated?

Individuals, institutions, organizations or other entities engaged in Education for Sustainable Development (ESD). Nominations must focus on a specific ESD project or programme of the nominee, meeting the eligibility criteria.
Who can submit nominations?
Nominations can be submitted to the Director-General of UNESCO by Governments of Member States via their Permanent Delegation to UNESCO, and by Non-Governmental Organizations (NGOs) in official partnership with UNESCO. Each Permanent Delegation or NGO can make up to three nominations for any edition of the Prize. Self-nominations are not accepted.
How to submit nominations?
1. Complete the Online Nomination Form
The nomination form must be completed online in English or French via a platform accessible through the UNESCO website (for nominating entities only).

For any questions regarding the UNESCO-Japan Prize on ESD or the submission process, please contact the Secretariat of the Prize at the Section of Education for Sustainable Development and Global Citizenship of UNESCO: [email protected]